Nokia Lumia 610: The Youngest Member of the Lumia Family 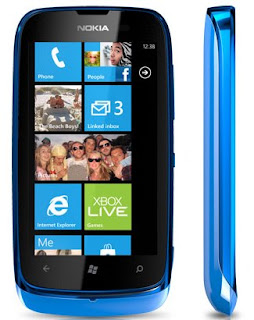 The handset Lumia 610 is pretty similar to the Lumia 710, of course there are small differences but there are more similarities than differences. The processor of the handset is a Qualcomm Snapdragon S1 7227A, which happens to be a single core one and has a clock speed of 800 MHz, whereas the clock speed of the Lumia 710 is 1400 MHz. Similarly the RAM of the 610 is 256MB but the same of the 710 is 512 MB.

The storage capacity of the Lumia 610 is 8GB, which is same as that of Lumia 710, and there is no card slot on offer. But the company has tried to make up for that as there is SkyDrive storage available on the handset. The camera feature on both the Lumias is the same; 8MP rear camera with no camera on the front.

As far as the display is concerned the Lumia 610, like the 710, offers you the 3.7 inch screen, which happens to be a TFT LCD with 480x800 p resolution that makes the ppi 252p/inch. And yes, there is corning gorilla glass to protect your handset from accidental scratches.

Now, the battery and battery backup segment: the Nokia Lumia 610 has a standard Li-Ion battery, which will be giving you a 10.5 hours talk time and 670 hours standby time on the 2G network. 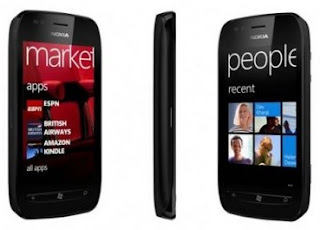 In the connectivity and data segment, it has Wi-Fi 802.11b/g/n, Bluetooth 2.1 with A2DP, EDGE, GPRS class 10, HSDPA, HSUPA and USB 2.0 connection. As far as browser is concerned it has HTML 5. Acting as a Wi-Fi hotspot, it can connect upto 5 devices.

The new age social networking buffs will also not get disappointed as it has people hub, which is comprised of Facebook, Twitter, LinkedIn, email, Chat, SMS, and Groups. Other apps include Nokia Drive, Nokia Maps, Nokia Transit, and App Highlights.

Seems to be a mouth watering prospect, but how much substance is there to back the anticipation? Let’s wait and watch.