Quad core – Does it really boost performance of a Smartphone?

Smartphone players have done much on the increasing screen size, loading advanced versions of operating system, reducing thickness of the device and so on. From last year beginning, the quad-core mania started. Instead of blindly counting on the theoretical benchmarks and expecting the device to perform more swiftly than the dual-core device, it is always better to understand other factors that actually affect the device performance in real-life tasks.

Theoretically multi-core can be compared to room with multiple doors. When too many people gathered in the room are asked to leave the room simultaneously, a 4 door room can be emptied easily compared to a 2 door room. Besides the fast processing, quad-core chips also promise better battery life. This is because, a single core has to work hard to complete a task on its own, while multiple cores does the same work with more ease, depleting the battery slower. 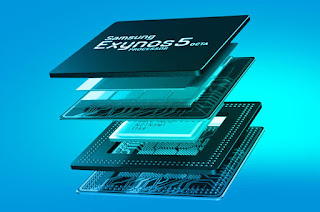 Theory is just theory. There are many factors that actually affect the processing speed.

No matter how many cores are there in the processor, there is nothing much it can do without the help of software. There should be software to divide a particular task and assign to each core a portion of the task. Technically this is called “Multithreading” and this process can be done only with the help of software. So it is important to have a software that supports multithreading.

Lack of multithread execution in apps and games

Suppose you have a multi-cored device loaded with multithreading supported software. But what if the apps or games are not coded to support multithreaded execution? It is highly complicated for developers to write codes or debug apps and games to support such execution.

The most demanding applications that should ideally get benefited from multiple cores are gaming and videos. When threaded games are not being developed, streaming videos from various online sources also is not getting benefitted from multi-cores. The reason is that the videos steams cannot be easily broken up. So they end up being processed using a single core; other cores may be either idle or being used for less demanding tasks such as email.

Apps processing can be divided into multiple cores. But the multiple cores are still using shared memory space; that means there is no dedicated memory assigned to each core. In some cases, the memory architecture can also become a bottleneck.  A single channel memory architecture reduces the data transfer rate between the memory and chipset, compared to a dual channel memory.

“More cores means less power” theory is not always right. It all depends on how intelligently the software is able to do the optimization to minimize the energy consumption. The energy efficiency is improved only when more demanding tasks are being carried out. But most of the time, multiple cores are being used for less demanding tasks, ultimately increasing the energy utilization.

To conclude: Performance is not just connected to number of cores, but tied to an optimized ecosystem of hardware and software.
Posted by Vrinda at 05:28 0 comments

I have heard many saying that “My Nokia survived so many falls”, thanks to its rough and tough build; the main attribute the Finnish manufacturer was always known for. Other areas where the manufacturer has proved excellence are its camera and sound quality. But Nokia experienced failure in the past in creating a good combo of hardware and software, ever since Android phones came in to the market. When other mobile makers launched handsets on Android platform, which got great acceptance due to its simplicity and customization options, Nokia kept hold of the lousy Symbian variants, which was the reason for losing its hold in many markets. 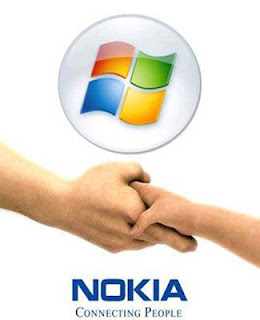 A shift in platform was inevitable for Nokia to survive the competition. But its decision to embrace Windows was a shock for many and it gained a lot of criticism for turning down the open source OS giant Android. Though Nokia Lumia 800 launched in 2011 had a miserable journey, the subsequent Lumia launches saw increasing acceptance in the market. With the launch of Lumia 920, 820 and 720, a majority of customers was ready to break away from Android, and adopt the all new, fresh and sophisticated Windows operating system.


With improved hardware configurations, refreshing user interface, and growing app base of Market Place, Nokia / Windows 8 OS duo seems to be very promising. Let me put down a few points that I felt worth mentioning.

But I need to mention other shortcomings that bothered me as well in this post. We can’t turn on Bluetooth right from the media file, which was possible in latest versions of Android. Selection of multiple video files in Albums also is not happening. I hope such small issues would be addressed by the makers in the coming software updates! Not to worry Windows… these shortcomings are nothing in front of the efficacies…