It seems that, in the mobile phone arena, nothing less than 5 inches matter anymore; the new trend has come and has come to stay. And if the five incher has dual-SIM support, the proposition becomes great from good. So, it is obvious that most of you must be eager to find out, in the plethora of five inchers, which handset is up to the mark and which isn’t. For those who believe in price to satisfaction ratio, the question becomes a little bit more complex. Today, I am here with two of the most interesting Phablets with dual SIM support. The handsets are Samsung Galaxy Grand I9082 and Micromax A116 Canvas HD. Lets divulge into a comparison. 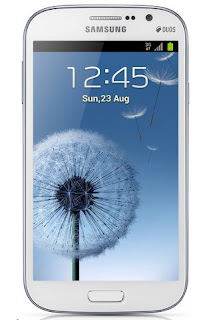 Though the weight and dimensions of the handset is not out yet, but the Micromax A116 is, in looks, somewhat similar to the Micromax Canvas 2 A110. The black and white color texture makes the phone even more pretty. Whereas, the Samsung Galaxy Grand has the customary Samsung elegance that makes it an extremely desirable handset. The handset weighs 162g and has a dimension is 143.5 x 76.9 x 9.6 mm. Grand comes in two colors: Metallic Blue and Elegant White. In looks, advantage Grand. 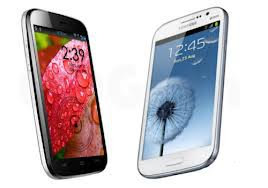 Both the handsets sport an 8MP camera on the rear side of the body with features like auto focus and LED flash support. The Grand offers you a 2MP camera on the front whereas, the A116 has a VGA secondary camera. But the main difference is the camera of the Grand offers full 1080p video recording that A116 seems to be missing. Samsung Galaxy Grand.

As said earlier, both the handsets sport a 5 inch display. The Grand has a WVGA screen with 16M color depth but the A116 has a HD IPS LCD with the same color depth. No need to say that the A116 is a better handset here.
Connectivity

Both the handsets, in the connectivity segment, offer almost similar features, namely: GPRS, EDGE, HSPA, USB, and Bluetooth. But from a user experience point of view the Grand scores some points over the Canvas. 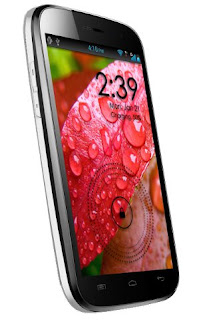 The Grand has 8GB of onboard storage, while Micromax offers 4GB of the same. Both the handsets run on Android Jelly Bean OS. Both of them have GPS.

There is nothing much to choose between the two of the handsets, but with a price tag of INR 13,999(which is 7500 less than Galaxy Grand), HD screen, and a quad core processor the Micromax A116 emerges as a slightly better handset. Thumbs up, A116.